OUR INTEREST IN SPORTS

This month I will interview a former coach of one of my high schools for the school's website. This has made me reflect on the interest that Janine and I had in sports over the years.  While we showed some interest during our younger years I would not say that when we got dressed in our blue uniforms we enthusiastically rushed to Physical Education classes. Nevertheless we had fun as we attempted to play netball, softball and volleyball. Note carefully the word attempted!

At our first high school, Marymount High, Sports Day was a big moment when we would all dress up in the colours of our Houses and cheer and sing songs. That was the day when students had help in telling the difference between us. I used red ribbons in my hair to show that I was a Josephite while Janine had brown ribbons showing her support for the Franciscan House.


As time progressed our interest in a variety of sports increased. However it was the comprehensive course that we pursued with the London School of Journalism that really got us showing  more interest in games like cricket and football. When it was time to study Sports Journalism we faced it with some amount of apprehension but we boldly forged ahead determined to succeed.


Talk about bravery! We decided to write a ball by ball commentary on cricket. Now that was really something!  Normally we would turn off any radio station covering cricket and complained when we wanted to hear our favourite music programmes. At that time we did not have many radio stations in Jamaica so the choice was rather limited.


We wanted to do well so we started listening keenly to cricket coverage. Our interest peaked as this was the heyday of West Indies cricket with players like Michael Holding, Colin Croft, Joel Garner, Malcolm Marshall, Andy Roberts, Viv Richards, Clive Lloyd and many more. Having gotten a gist of the coverage we each sat down and wrote our own assignments. It wasn't that difficult after all and our tutors commended us.


Slowly but surely our interest in this game increased and we actually became big fans especially of the shorter versions - 50 overs and Twenty Twenty matches. With each 4 or 6 hit by a West Indian batsman we cheered and oh what a sight it was when one of our fast bowlers knocked back the stumps of an opponent. If the wickets came in quick succession the excitement reached fever pitch!  Watching a game live on television or listening to it on the radio was good so I must express thanks to Tony Cozier, Joseph 'Reds' Perreira and many other cricket commentators who helped to make this game interesting for us.
Posted by Unknown at 7:17 AM No comments: 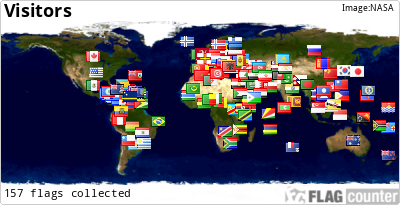